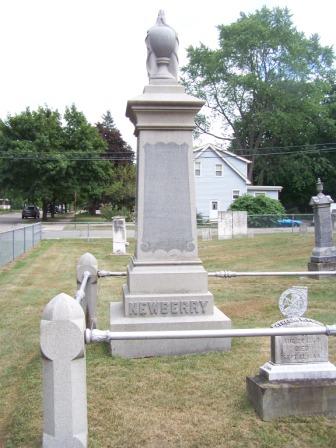 b. December 23, 1802, d. May 13, 1877. Sec. OG-09. He came to Rochester in 1826 and was the first merchant in Rochester. He was a member of the First Constitutional Convention of Michigan and a delegate to the Second Constitutional convention. After statehood in 1837, he was a state senator. Lively Town reveals that "it is said that sometimes customers would find him lying on some blankets on the counter, and he would drawl out in greeting, 'If you want anything I'll get up; if you don't, I won't.' "
Agendas, Minutes
& Webcasts
Online
Payments
Job Opportunities
Notify Me
Report a Concern
Emergency Alerts
[]